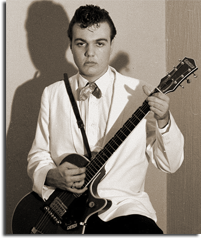 Mac Rebennack, who made his name as Dr. John the Night Tripper, died suddenly from a heart attack on June 6 in the Northshore area of Lake Pontchartrain near Covington, Louisiana. He was born in New Orleans on November 21, but in the absence of a birth certificate debate rages as to whether it was the year of 1940 or '41.

Apart from having a storied career as Dr. John and as a New Orleans R&B and funk practitioner, he was a perennial champion of the first wave of R&B artists from his home city.

I recall fondly the interview that I conducted with him in company with Blues Unlimited editor Mike Leadbitter in May 1972 at the White House Hotel near Regent's Park, London. It was this interview, spread over two days, which provided the cornerstone of my first book, "Walking to New Orleans." Although Rebennack was at the height of his fame as Dr. John, rock star, he was not interested in talking about himself. Instead he focused on the old New Orleans studio and club scenes, discussing his heroes such as Walter "Papoose" Nelson, James Booker, Earl King and Wardell Quezergue whose work we were still piecing together at the time. Rebennack was a frequent visitor to Cosimo Matassa's fabled recording studio in the French Quarter at the peak of the 1950s R&B and rock 'n' roll eras, and was able to present lively firsthand cameos of artists and session men in a croaking Creole-based dialect.

He was raised in the New Orleans Third Ward within walking distance of Matassa's J&M and Cosimo studios, when New Orleans R&B stars such as Fats Domino, Smiley Lewis and Clarence "Frogman" Henry were churning out their timeless hits. It was this music, mostly under the direction of Dave Bartholomew and Paul Gayten, which influenced the teenager as a bandleader, songwriter, musician and arranger.

The young prodigy started playing guitar in local bands such as the Dominoes and the Skyliners, with sax player Leonard James (who cut an LP with the latter group for Decca in 1957). Sometimes these combos backed Frankie Ford or Jerry Byrne on dates. Soon Rebennack was getting studio calls to sit in on sessions.

His first major songwriting credit, shared with Cosimo studio engineer Seth David, was on the all-time New Orleans rock 'n' roll classic, "Lights Out," recorded by Jerry Byrne and produced by Harold Battiste for Specialty in 1958. Soon Rebennack was snapped up as A&R man for Johnny Vincent's Ace label, which was hot with Huey "Piano" Smith, Jimmy Clanton and Frankie Ford. For Vincent, Rebennack cut "Morgus The Magnificent" in the name of Morgus and the Ghouls, also featuring Ford and Byrne, on the Vin subsidiary in 1959. The guitarist's first solo single was the hot Bo Diddley-inspired instrumental, "Storm Warning," for Matassa's Rex label in the same year.

After a fallout with Vincent, Rebennack took up A&R duties with Joe Ruffino's Ric and Ron labels, and was involved with artists such as Johnny Adams, Irma Thomas and, notably, Professor Longhair's "Go To The Mardi Gras."

Following a 1961 gun incident in defence of his band singer Ronnie Barron, Rebennack lost part of a finger and turned to the piano, with a distinct Longhair flavour, and organ. In the early 1960s, several small labels throughout South Louisiana and East Texas used Rebennack's services as producer and arranger, including Lanor, Montel, Tribe and drew-Blan.

In 1965, after a drug bust and with the old-style New Orleans R&B scene in decline, he took off for the West Coast to join several Crescent City exiles under the leadership of Harold Battiste, the former Specialty and AFO record man. It was Battiste who created the Dr. John alter ego, initially with Ronnie Barron in mind. Under the Dr. John mantle, Rebennack had his biggest hit in 1973 at No. 9 in the Billboard Hot 100 with "Right Place Wrong Time" (Atco), accompanied by the Meters and produced by Allen Toussaint. The breakthrough Dr. John album was "Gris-Gris" in 1968. "It seems amazing that we got anything done," Battiste wrote in his autobiography, "the studio was like a Mardi Gras reunion."

After surviving the inevitable drug-crazed years, Rebennack continued to play regularly at home and abroad in a New Orleans funk style with his Lower 911 band driven by the second-line drummer Herman Ernest. The good doctor, who lived for many years in the New York area and was friendly with songwriter Doc Pomus, notched up many later accomplishments, including a warts-and-all autobiography with Jack Rummel, "Under a Hoodoo Moon" (1994). There was a steady stream of LP and CD releases in a variety of styles, all with a strong Crescent City influence.

Mac Rebennack, aka Dr. John, was the longest active survivor from the golden age of New Orleans R&B and was its primary flag-waver. "He was the biggest ambassador in New Orleans left," Dr. Ike of the Ponderosa Stomp said, with feeling.
Originally published Now Dig This magazine (U.K.), July 2019- John Broven (with thanks to Jeff Hannusch)