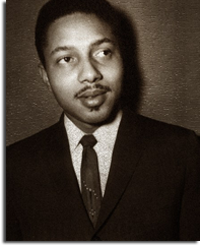 Art Neville is yet another New Orleans R&B pioneer that we have lost recently, along with major figures Dr. John and Dave Bartholomew. Neville, born on December 17, 1937, and raised in the Uptown and Central City neighborhoods, died in his hometown on July 22 at age 81 after being in declining health for some time.

From a noted musical family, he started out as vocalist and pianist with the Hawketts who recorded the carnival classic, "Mardi Gras Mambo," for Chess in 1955. Still a teen, he signed for Art Rupe's Specialty Records as a solo artist "about the time Larry Williams had 'Short Fat Fannie,' 'Bony Moronie,'" he told me in 1973. With Bumps Blackwell and Harold Battiste respectively producing him at Cosimo Matassa's studios in New Orleans, Neville recorded the accomplished rock 'n' rollers "Oooh-Whee Baby" (1957), "Zing Zing" and "What's Goin' On" (1958), "Cha Dooky-Doo" (1959) and more. He even played the storming piano on Jerry Byrnes' "Lights Out" (1958).

After Navy service, he scored regionally in 1962 with the slow-dance ballad, "All These Things" for Joe Banashak's Instant label. Like "Mardi Gras Mambo," it never charted nationally. "I don't know what happened," Neville said. "It could, it should have been a bigger record but I don't have no control over what's being promoted or who wants to buy it." (The Allen Toussaint song did make No. 1 country in 1976 through Joe Stampley's version.) With the New Orleans R&B era winding down after brother Aaron's massive "Tell It Like It Is" hit (Parlo) in 1967, Art finally found the fame, if not fortune, he was looking for as organist with the Meters funk group, which evolved out of the Neville Sounds. The Meters biggest hit was the instrumental "Cissy Strut" (Josie), No. 23 Billboard in 1969. The record's producer Allen Toussaint called it "a fresh approach." The oft-squabbling Meters lasted until 1977, whereupon Art formed the Neville Brothers band with Aaron, Cyril and Charles to become one of the most visible New Orleans acts over the next few decades. From 1994, Neville and original bass player George Porter made occasional appearances as the Funky Meters.

One of my favorite memories of Art Neville is seeing him play a magical R&B/rock 'n' roll set at the Blues Estafette in Utrecht, Holland, in 1993. The show was based on his Specialty recordings with a four-horn band led by Porter with Dr. John's street-beat drummer Herman Ernest. Promoter Jaap Hindricks deserved every credit for persuading a reluctant Art to perform his "golden oldies." As I wrote in Juke Blues, he needed a lyric sheet as a memory jogger, and "singing and playing the piano quite beautifully he was clearly overwhelmed by the experience as indeed were most of us." Although well into his funky routine at the time, he gave notice that evening he was a top artist in the grand New Orleans R&B tradition.
Originally published Now Dig This magazine (U.K.), September 2019- John Broven