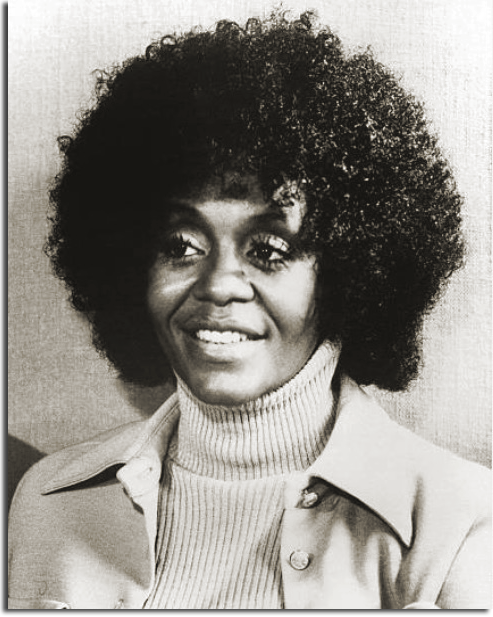 If you search the Cosimo Code website, you will find just one single by Tammy Lynn (1), who died on June 26, 2020, in New Port Richey, Florida.

That 45 disc was Baby / Where Can I Go? (AFO 310), released in March 1963. At the time, AFO was reeling from its ugly distribution split with Juggy Murray's Sue Records after the massive Barbara George national AFO hit, "I Know." The more accomplished Lynn was seen as a natural replacement for George, but "Baby" sunk without a trace.

Tammy Lynn, often known as Tami, was born Gloria Brown on Jan. 25, 1939 (2), in Gert Town, New Orleans. In the booklet accompanying the AFO 4-LP box set, New Orleans Heritage Jazz: 1956-1966, label head Harold Battiste conducted an extensive interview with her. She told him she sang around New Orleans with her church group, "sometimes with out-of-town groups such as Clara Ward when they came to New Orleans. [Tammy] sang every Sunday on Radio Station WMRY's Dr. Daddy-O gospel show." At the 2008 Ponderosa Stomp Conference in New Orleans she said she was also influenced by Doris Day's pop records on the radio while growing up.

Then Lynn gained a swinging reputation around town, and according to Battiste even had a professional name. "Toledo Slim, the dancer at parties, the hip broad who was always on the scene with the hip people, was actually more famous than Gloria Brown, the spiritual and pop singer," he wrote in the AFO booklet.

She started out singing professionally with Alvin 'Red' Tyler and the AFO Executives, at the Joy Tavern in Gert Town. In his essential autobiography, Unfinished Blues, Battiste said, "Although our first fans were an adult crowd, the students at Xavier University found us, and word got around. We quickly become the hottest group in New Orleans and beyond."

The AFO single apart, she did record five other sides for the 1963 AFO Executives LP, A Compendium, at Cosimo Recording Studios at 521 Governor Nicholls Street with Bert Frilot as engineer. (3) Among the tracks was a barnstorming version of "Mo Jo Hanna" (4) that would

surely have been a hit if released as a single at the time. The lyrics were perfect for a New Orleans act: "Talkin' 'bout a woman named Hanna / Down in Louisiana / Tell me she's a mojo worker." Later, the track was included on the 1976 4-LP "New Orleans Heritage Jazz" box set (where Battiste called it "one of Tami's [sic] sure-fire house rockers"), the 1993 AFO Compendium CD reissue, and was also released by Ace Records of London in its Gumbo Stew series.

Of her contribution to the original AFO LP, Jerry Brock of Offbeat Magazine wrote, "The musicianship on this recording is exceptional and Tammy Lynn's voice is the only known example of modern female jazz singing in the city from the '60s that has survived. She sings, not skats, in a pure bop style." 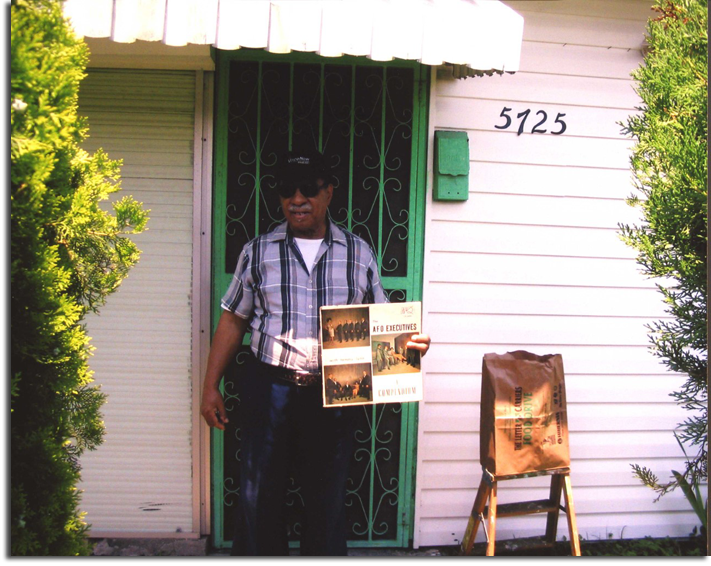 Battiste took up the fast-moving story in the box-set booklet: "In August 1963, Tami and the Executives went to the NATRA Convention in Los Angeles and decided to stay on awhile. She stayed there until late 1964 or early 1965, when she went to New York where her singing activity almost came to a halt. She did work a few gigs at Birdland opposite the John Coltrane group, and recorded a pop tune called I'm Gonna Run Away From You.

This song was cut by genius producer and songwriter Bert Berns, for Atco, the Atlantic subsidiary, in October 30, 1964, at A&R Studio, 112 West 48th Street, with arrangements by Ray Ellis and engineered by Tom Dowd. Its rise to fame was unusual in the extreme, due entirely to the nascent Northern Soul movement in England.

"'I'm Gonna Run Away From You' was one of the first records to go big, and was originally played at Manchester's Twisted Wheel club before the term Northern Soul had been coined," said Ady Croasdell of Ace/Kent Records in London. "In the '80s her You My Love which was only originally issued on a French EP became very popular, too." Croasdell added, "'I'm Gonna Run Away From You' was a current release [February 1966] on the U.K. black Atlantic label [from the March 1965 U.S. Atco single], did nothing, was discovered later by the rare soul crowd and demand built until it was rereleased on Mojo in 1971 and was a No. 4 U.K. [pop] hit. When re-released again in 1975 on Contempo-Raries, it made No. 36 that time."

Battiste took up the story from the mid-1960s onward in the AFO booklet: "Bouncing back from the downer that had been New York, Tami decided to return to Los Angeles where she reunited her relationship with yours truly. I was glad to have her in Los Angeles to add her soulful thing to some of my projects: King Floyd's first LP [for Pulsar], Dr. John's [Atco] LPs, various commercials and record dates kept her active and developing... In the meantime Jerry Wexler of Atlantic Records, having heard Tami sing 'Mo Jo Hanna' on the 1963 AFO album, had never got over it. He was constantly trying to find someone to do that song like Tami. (5) He sent for her to come to Miami to do some background work on a Dr. John LP [The Sun Moon & Herbs] and convinced her to record 'Mo Jo' for him while she was there. Almost at the same time, John Abbey at Mojo Records in England had 'discovered' the old 'I'm Gonna Run Away From You' record from 1965. He secured the master and released the record which went straight up the charts in England."

"The tremendous success in England of this record had an unsettling effect on Tami's career, for her heart and soul was that of a jazz singer," Battiste said in the booklet. He had traveled with her on a short promo tour in June 1971 taking in Scarborough, Manchester and London, but admitted "this pop song gave her the feedback of public adoration on a scale she had not experienced before."

In 1972, Cotillion, the Atlantic subsidiary, released the Love Is Here And Now You're Gone LP comprising the original hit, which still did nothing in the States; an achingly soulful extended monologue; a funky reworked but disappointing 'Mo Jo Hanna' cut at Atlantic South-Criteria Studios in Miami produced by Jerry Wexler and Brad Shapiro; and other selections recorded at Malaco Studios, Jackson, Mississippi, produced by Wardell Quezergue and John Abbey, with engineers Jerry Puckett and Tommy Couch. A slightly different album compilation appeared on Mojo (U.K.) but the material was too broad in terms of stylistic content to succeed in the marketplace.

Along the way, Lynn backed up name artists Sonny & Cher, Wilson Pickett and more. She also sang backup on the Rolling Stones' famous 'Exile On Main Street' LP (Rolling Stones, 1972). According to Teri Landi of ABKCO Records, Lynn was present on the Let It Loose track with Shirley Goodman, Mac Rebennack, Venetta Fields, Clydie King and Joe Greene. The final excursion in the recording studio was for a 1992 Liberty CD of West Coast-recorded jazz in the name of Tamiya Lynn. 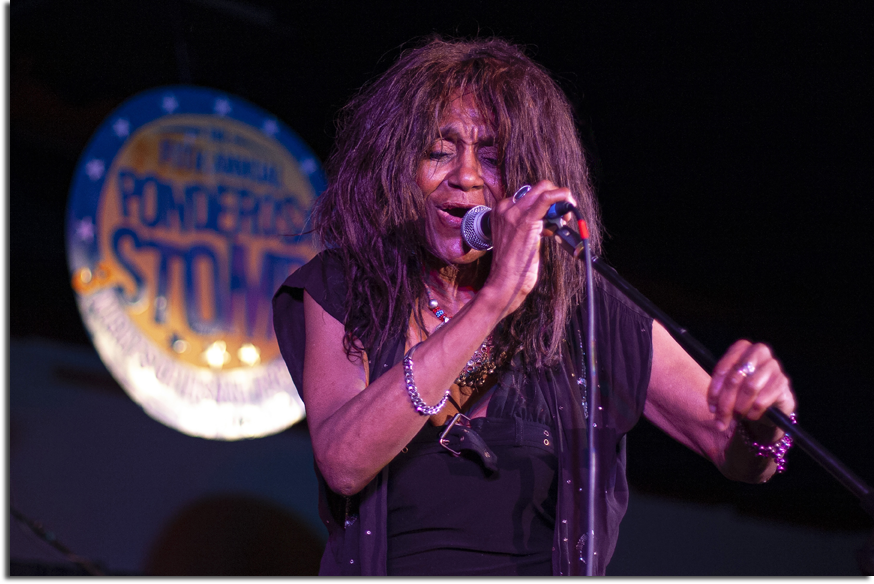 Gospel singer, jazz singer, R&B singer, soul singer, pop singer, she had talent to burn. It all stemmed from her New Orleans roots, to which she remained connected through appearances at the New Orleans Jazz & Heritage Festival and the Ponderosa Stomp.

Looking back on her crucial AFO days, she told Harold Battiste, in their interview, "Red [Tyler] was very good for me because his choice of material was always a challenge, and he made me do things I didn't think I could do." She added, "My experience with AFO spoiled me because I never had to think about chord changes and tempos being right. I never had to sing with bands that didn't play right."
- John Broven

NOTES:
1. The artist's first name was known variously as Tammy (AFO), Tami (Atco/Atlantic and Mojo), Tammi/Tami (Cotillion, different on 45s and LP), and Tamiya on Liberty. Her grandson told Gene Tomko she preferred "Tami."
2. In his excellent book, Encyclopedia Of Louisiana Musicians, Tomko quoted her date of birth as Jan. 25, 1943. However in the AFO booklet, she told Harold Battiste she was born Jan. 1, 1942. After talking to her grandson, Tomko has discovered the date of birth is actually Jan. 25, 1939.
3. The original AFO LP was titled "A Compendium" by the AFO Executives with Tammy Lynn (LP 0002). The AFO Executives comprised Harold Battiste (piano, alto sax), Alvin 'Red' Tyler (tenor sax), Melvin Lastie (cornet), Chuck Badie (bass), John Boudreaux (drums). The LP's 11 songs kick off the 1993 CD reissue, with four bonus tracks (AFO 92-1028-2).
4. "Mo Jo Hanna" has become better known as "Mojo Hannah." It was written by Andre 'Bacon Fat' Williams, Barbara and Clarence Paul and first recorded by Henry Lumpkin (Motown, July 1962). Among the dozen or so covers are recordings by Marvin Gaye (1963), Aaron Neville (1972) and the Neville Brothers (1984).
5. Clearly inspired by the Tammy Lynn recording, Jerry Wexler did in fact record a worthy Little Esther Phillips version, as "Mo Jo Hannah," in 1964 with a striking horn arrangement for Atlantic, but it failed to chart. The producer, again, was Bert Berns.