As outlined in the above video (just click on the big yellow White Cliffs label), this website is dedicated to New Orleans studio genius Cosimo Matassa: 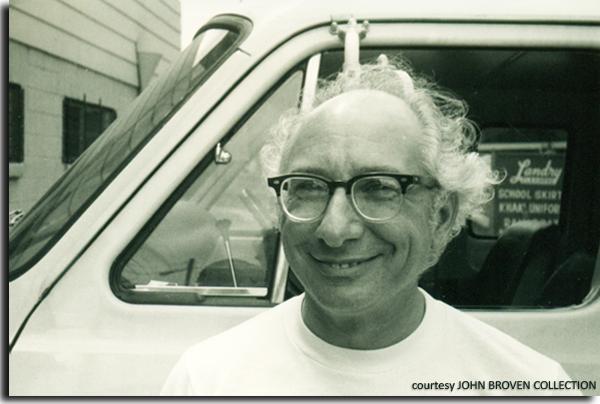 In 1960, Matassa began assigning hyphenated matrix numbers to the 45s he mastered at his studio on Governor Nicholls Street. We have recently discovered that these 'Cosimo Code' numbers followed a set chronological pattern. It is the mission of this site to attempt to log, by year, every known recording emblazoned with this code.

Each of these 'year' pages (accessed from the navigation bar above) also contains commentary and pertinent facts about Crescent City music happenings during that particular year. There are links provided from each 45 to label scans and further information where available, as well as literally hundreds of playable sides. Clicking on the play button next to any track will open up an audio playlist for that page, and play all ensuing tracks in the order they were originally recorded. 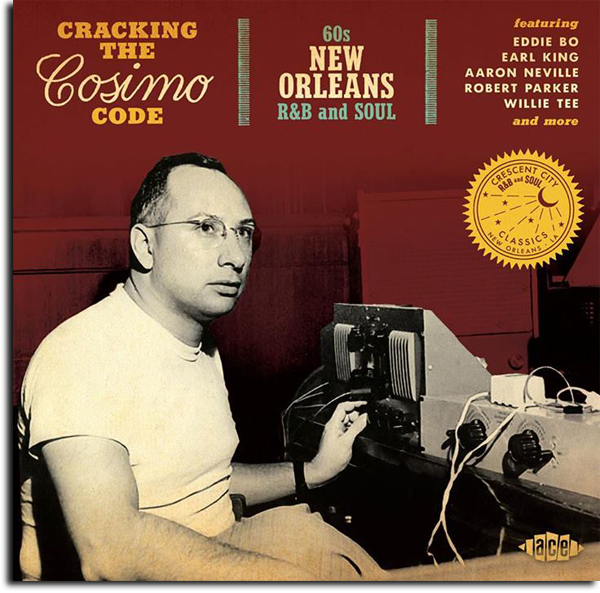 Yeah You Rite! In Conjunction with our site, Ace Records in the UK has just released -
Cracking The Cosimo Code: 60s New Orleans R&B And Soul

The site is continually updated through our Forum, so be sure to check for the Latest Additions since your last visit. Codes that remain unaccounted for are listed on our Missing Numbers page, and we now also have our own YouTube Channel, where we upload our most recent audio finds.

JERRY LEE LEWIS at J&M STUDIOS
It's a little known fact that 'The Killer', Jerry Lee Lewis, cut his initial demo recordings at Cosimo Matassa's J&M Studios in New Orleans in 1952. First-time Cosimo Code contributor Jay Halsey takes a look at the circumstances surrounding that session, and shares the raw energy of those tracks with us.

JOHN 'SCARFACE' WILLIAMS
The first ever in-depth look at New Orleans legend John 'Scarface' Williams, written for us by his daughter, Deborah. A founding member of Huey Smith's Clowns, Williams went on to lead his own group, The Tick Tocks, and head his own tribe of Mardi Gras Indians during his short yet remarkable life. Annotated by John Broven, Deborah Williams tells her father's story through never before seen photographs, some rare audio, and a surprising video clip!

Be sure to check out our Ric and Ron Page, where celebrated New Orleans author Jeff Hannusch tells the story of how, with the help of R&B legend Tommy Ridgley, he tracked down the missing Ric and Ron masters and set about re-issuing this timeless music for a new generation of listeners. Thanks to Scott Billington and Adam Taylor at Rounder, Jeff has also been able to provide us with some amazing images.

Originally thought to only apply to 45s, in the course of compiling this list we've learned that The Code was also used for EPs and LPs, following the same sequential pattern. Hot off the presses, our new LPs Page gathers together all known 'coded' LPs. - Many thanks go to Peter Hoogers for digging deep once again and unearthing these rarities, and for sharing his scans with us. As always, we welcome you to post any new additions you might have on the forum.

Our Artifacts page gathers together more previously unseen high quality photographs, studio session sheets and tape boxes from the bygone era when the Code was King... We hope you will enjoy your time with us here at The Cosimo Code, and we encourage you to become a member of our Forum and join in the ongoing discussion about this magnificent music. Welcome Aboard!

Below is an introductory essay written especially for the site by award-winning author John Broven:

Cosimo Matassa is renowned as operating the only recording studios of note in New Orleans from 1946 with J&M Studio, and then from 1956 to 1968 with the Cosimo Recording Studios. It was at these studios that the New Orleans R&B sounds were born that influenced Rock and Roll music internationally. His work has been recognized by a Grammy award in 2007 and induction into the Rock and Roll Hall of Fame in 2012.

In October 1960, Matassa introduced a new sequential master tape series starting at 100 with clients allocated individual prefixes. This series ran until the demise of the Cosimo Recording Studios in 1968, and was continued after a fashion with the new Jazz City Recording Studios until 1977. By annotating the series for the first time, we are able to get a better all-round picture of the recording sessions carried out at the Cosimo studios by artists, labels and producers as New Orleans R&B morphed into Soul; Blues, Gospel, Doo-Wop, Pop and Garage Rock were also recorded. Ergo, the Cosimo Code is gradually being unravelled.

In quoting dates for the Billboard and Cash Box trade magazine reviews, we are able to assemble reliable dating-guide markers which are particularly valuable with the smaller independent labels. Nevertheless, there are still many gaps in the listing, caused principally by certain labels such as Imperial and Minit having their own master sequences. In the absence of the original log book (if only!), we will attempt to denote these 'non-Code' recordings on separate pages.

What the Code does not show, as well, is all the unissued recordings/alternate takes, although we hope to assemble some of this information in the course of time. Likewise, without the log, very few recording dates are known (these will be shown as they surface from tape boxes, session sheets, etc.). Other pages will include a note of hit records and interview transcripts with Cosimo Mattassa and assistant Bert Frilot, among others.

The publication of The Cosimo Code inevitably raises many questions, which we hope will be answered in the future. For example, which Meters recordings were cut at Cosimo, Jazz City and elsewhere in the late 1960s? Indeed, what is the under-researched story behind Jazz City studios? Which labels from the Gulf Coast patronized Cosimo's studios? Crucially, what is the whole story behind the collapse of Matassa's Dover organization, and what ever became of all the 1960s master tapes when it fell?

Credit should go to Davie Gordon, of Scotland, for kick-starting this project after he detected the numerical sequence and then compiled the first listing. Since then, John Broven (author of Walking to New Orleans aka Rhythm & Blues in New Orleans), Peter Gibbon (the Ace Records consultant and leading discographer), and John Ridley (aka Sir Shambling) have added to the listing, as has Red Kelly (aka the Soul Detective) who has done the spade work in preparing The Cosimo Code for Internet publication.

For all the great research work accomplished, it's rather incredible there is still much more to be done! Please join the team by examining the 45s in your collections, discographies, the Internet (YouTube and eBay in particular), and participating in our Forum as we continue to fill in the gaps in what will hopefully be a prolonged work in progress.

At the end of the day, The Cosimo Code is an affectionate tribute to the great deeds of Matassa and the musicians of New Orleans and the South.
- John Broven, March 2013