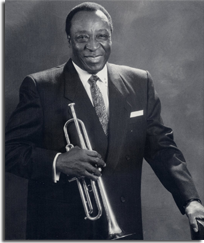 Dave Bartholomew, the renowned record producer, arranger, bandleader, vocalist, trumpet player and songwriter who did so much to create the New Orleans R&B sound and in turn rock 'n' roll-especially his recordings with Fats Domino-died in Metairie, New Orleans, on June 23 at the grand age of 100. He was born in Edgard, Louisiana, about 40 miles up the Mississippi River from the Crescent City, on December, 24, 1918. Some sources quote 1920, but 1918 was Bartholomew's best guess in an era-and area-when birth recordkeeping was not the most precise.

The greatness of the man can be judged by three of his productions being considered as among the most important records in rock 'n roll history: Fats Domino's "The Fat Man" (1949), Lloyd Price's "Lawdy Miss Clawdy" (1952) and Domino's "Blueberry Hill" (1956).

The A&R man assembled a crack group of studio musicians, including Lee Allen, Herb Hardesty and Red Tyler (saxophones), Ernest McLean and Justin Adams (guitars) and the king of the backbeat, Earl Palmer (drums), all driven by his red-hot trumpet. He would generously give credit to Cosimo Matassa for the quality of his engineering work in studios that were never state of the art.

In the "big easy" world of New Orleans, Bartholomew had to be a strict disciplinarian to get the best out of his fellow artists and musicians. Yet there was also a whimsical side to him when he sang songs like "An Old Cow Hand From A Blues Band," "Who Drank The Beer While I Was In The Rear" and "The Monkey," which ought to have been a hit in 1957.

I interviewed him in May 1973 when I was researching my first book, "Walking to New Orleans," and he was appearing on a joint bill with his band and Fats Domino's orchestra at the Fontainebleau Hotel in the Uptown/Carrollton area of the Crescent City in front of audiences of just a few dozen. Never one to mince words, he said bluntly, "Why do you want to know all this for? It's old history." Yet I persisted and of course he had a great story to tell - and he told it well, especially his early days in New Orleans. In a further interview in 1983, I asked - for the record - how he discovered Fats Domino, to which he retorted, "Well, John, we've gone through that a million times before," but he still came up with fresh observations.

New Orleans was elemental to his music, and the young Dave soaked up the city's vibrant music through his father Louis. "We were exploring on the big beat and I think Dixieland music is one of the things that we all derive from," he said, adding inimitably, "I'm a Catholic, there's no big beat in the Catholic service. No, I wasn't influenced by the church, I just was influenced by music on the streets of my father's band." He was fixated by Louis Armstrong's trumpet playing.

After gaining invaluable experience playing trumpet with the Claiborne Williams Orchestra, on the riverboats with Fats Pichon and in Army bands, he formed his own outfit after World War II. The confident young bandleader first recorded for De Luxe Records of New Jersey, leading to the only hit in his name, "Country Boy," No. 14 Billboard R&B in early 1950.

By then he had already been drafted by Chudd as Imperial's New Orleans A&R man, setting in train an almost continual run of hits for Fats Domino that famously also included "Ain't That A Shame," "I'm In Love Again," "Blue Monday," "I'm Walkin'," "Valley Of Tears," "I Want To Walk You Home," "Walking To New Orleans" and "My Girl Josephine." Most of the hits were credited to Domino and Bartholomew, leading to a fantastic source of income for both men for the rest of their lives. It was Bartholomew who ensured the business side was firmly in order, from which they both benefitted handsomely. What a team it was, selling more than 65 million records and earning 19 consecutive gold records, according to Bartholomew.

His songs also provided hits for Elvis Presley with "One Night" (No. 4 Billboard pop 1958) through to Dave Edmunds with "I Hear You Knocking" which made No. 1 U.K. and No. 4 U.S. in 1970; both were Smiley Lewis originals. To that list we have to add, Chuck Berry's "My Ding-A-Ling," a 1972 transatlantic No. 1. And for a majestic Domino cover, how about Little Richard's "Every Night About This Time" with the Upsetters (1962)?

The Imperial gravy train for Bartholomew and New Orleans ended in 1963 when Chudd sold his label to Liberty. The A&R man effectively retired at just 44 years of age but he had had enough of being confined to a recording studio. At the time, Cosimo still only had 3-track recording facilities, meaning that mono was Dave's domain as he adhered to his policy of "keeping it simple." He dabbled with the Trumpet and Broadmoor labels in the mid-1960s, and recorded a Dixieland jazz LP (Broadmoor, 1981) and the "New Orleans Big Beat" CD (Landslide, 1998) but preferred to play with his own band at Jazz Fest, Preservation Hall and social club dates and to tour with Fats, including Europe. In 2005, Bartholomew managed to survive Hurricane Katrina with his family and returned to New Orleans after exile.

I was fortunate to moderate Q&A sessions with him at the Ponderosa Stomp Conference in New Orleans with Dr. Ike, and at the Rock and Roll Hall of Fame in Cleveland in a fabulous tribute to Fats and Dave in the American Music Masters series, both in 2010. What a privilege

These national awards and indeed this tribute of mine don't begin to convey Dave Bartholomew's achievements in overcoming the segregated Jim Crow era of his day. Eddie Ray, the longtime Imperial promo man, placed everything in context in 2015 when he told me, "The difficulties, the time in which he was able to do the things that he did and what he meant for music in New Orleans, this guy was amazing." Or as Frankie Ford put it, in discussing his own Imperial sessions, "With Dave Bartholomew producing, what more do you want?"
Originally published Now Dig This magazine (U.K.), August 2019- John Broven